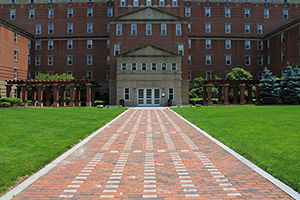 If you’re looking to apply to college in Rhode Island, you’ll find that the state is small but there are plenty of fine educational institutions available. You may find just the opportunity you’re looking for at one of these great schools.

END_OF_DOCUMENT_TOKEN_TO_BE_REPLACED


Financial Aid
When you provide your child with the best college planning resources in Rhode Island, you enable your child to make the best decisions toward college preparation. Considering that the cost of college tuition has risen an astronomical 538% since 1985, one of the biggest concerns is based on financials. The CPC offers expert advice on the entire financial aid process, student loans, and a helpful tool designed to help your child find local scholarships or even find local internships. As the one of the best college planning resources in Rhode Island, the CPC offers unparalleled financial aid guidance.

END_OF_DOCUMENT_TOKEN_TO_BE_REPLACED

Part I: Just a Few of the Great Colleges in Rhode Island 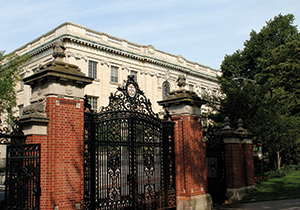 Brown University
Founded in 1764 Brown University is a proud member of the Ivy League located in Providence, Rhode Island. Currently there are almost 6,000 undergraduate students enrolled in one of this private schools approximately 80 majors.
Of course, the Ivy League is often associated with higher education - almost 35% of graduated undergraduates go directly into an advanced degree program, and within 10 years of graduating 80% of Brown graduates return to school to further their education.
If Brown is one of the schools you're considering when you apply to college in Rhode Island then get studying, it's well known as one of the most selective campuses in the world, only 8.9% of students who apply are accepted.

Bryant University
Also a private university, Bryant is located in Smithfield, Rhode Island and offers bachelors of arts or science in addition to master's degrees in several areas of business and finance. Bryant was founded back in 1863 by a group schools which specialized in bookkeeping and business classes. It was later merged with the Rhode Island Commercial School  and evolved into the diverse Bryant University that exists today.
Bryant is one of the few schools to guarantee housing for all four years of undergraduate study, though off campus housing is still available. They also boast an impressive student-to-faculty ratio of 16:1 and most classes have fewer than 30 students.

New England Institute of Technology
This private college offers Associate's, Bachelor's and Masters degrees. If you're already a member of the workforce and looking to improve your education while continuing to work then remember this school when you apply to college in Rhode Island. It's 31 programs are geared towards both students who are already employed in a technology field as well as recent high school grads. New England Institute of Technology also allows you to finish fast. The year has four quarters; every quarter is 10 weeks, so it's possible to finish an Associates Degree in one and a half years and a Bachelor's Degree in 3.

END_OF_DOCUMENT_TOKEN_TO_BE_REPLACED

During senior year of high school, many teenagers struggle to focus on anything except their graduation and life beyond. Others are dreading college applications and want to procrastinate on it like it’s just another homework assignment.

END_OF_DOCUMENT_TOKEN_TO_BE_REPLACED

The Big Question in College Planning: Choosing a College Major 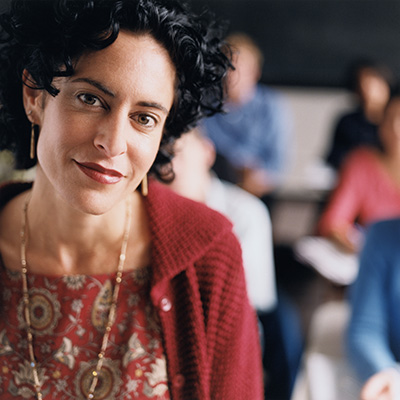 In most facets of life, timing is everything; and nothing is truer when it comes to college planning. Simply put, the sooner you begin to have those discussions with your high schooler, the sooner you can effectively begin college planning. Undoubtedly, you will have several questions, considering how much things have changed since tie dyes, cut-off jeans, and afros and big hair were in style. The following information will provide you with a reliable source of answers for the tough questions about planning for your child's college career.

The Big Question
As a child, everyone has undoubtedly asked your child the question, "What do you want to be when you grow up?" As a response, your child could have provided a wide range of answers from Superman to a marine biologist. The beauty of an adolescent answer is that it's cute and is always met with encouragement. As your child matures into a teen, the question loses its rhetorical value and becomes one of much more impending value. With direct relation to your child's choice of college major, this question is a major decision and unfortunately is required at such a young age.

The Best Answer
One tool that has proven to be exponentially beneficial is the  Jung Personality Test . This test is an effective tool at matching the way your child perceives and judges their environment to their interests, values, motivations, reactions, and skills. As a result, the test offers insightful information as well as a range of potential college majors and professions that would best be suited for your child. As an essential part of planning for college, helping your child choose the best college major will ensure your child is engaged in college and performing to the best of their abilities.

The Wrong Answer
Choosing the wrong major or choosing a major for the wrong reason can result in your child not finishing college or several costly college major changes. On the other hand, your child could graduate with a degree that is not suitable to their interests, which can result in job instability and further parental reliance. In either case, choosing right major is an essential part of college planning and should be one of the first conversations you initiate with your child.

The Book of Right Answers
When considering the vast number of questions surrounding college planning, the  College Planning Center (CPC) of Rhode Island  has effectively compiled a manual that will guide you through the process.  The CPC's Guide to College Planning  offers the answers that will effectively help you and your child create a clear college plan from A to Z. The free download offers valuable information about the college application process, choosing the right college, financing college, and financial aid. In addition, you will gain insight from college admissions experts and professionals.

While paying for college is always a major issue, you can visit the College Planning Center of Rhode Island for the unparalleled  Rhode Island Scholarship Search  for those hard-to-find local scholarships or  local Rhode Island internships . Simply put, it's never too early to begin preparing for the rest of your child's life.
END_OF_DOCUMENT_TOKEN_TO_BE_REPLACED