A Different Perspective on Student Loans

At a conference, I recently met a man who asked what I did for a living. It's a normal question, one that often follows first introductions, but I have a confession to make: I cringe when people ask me what I do.

It's because my response makes others cringe.

I sighed and gave him my answer: "I work for a student loan organization." His face contorted. "Oooooo, you are eeeeeevil!," he responded. Ouch.

I quickly found myself in a position to defend: "But we are non-profit!" It fell upon deaf ears. 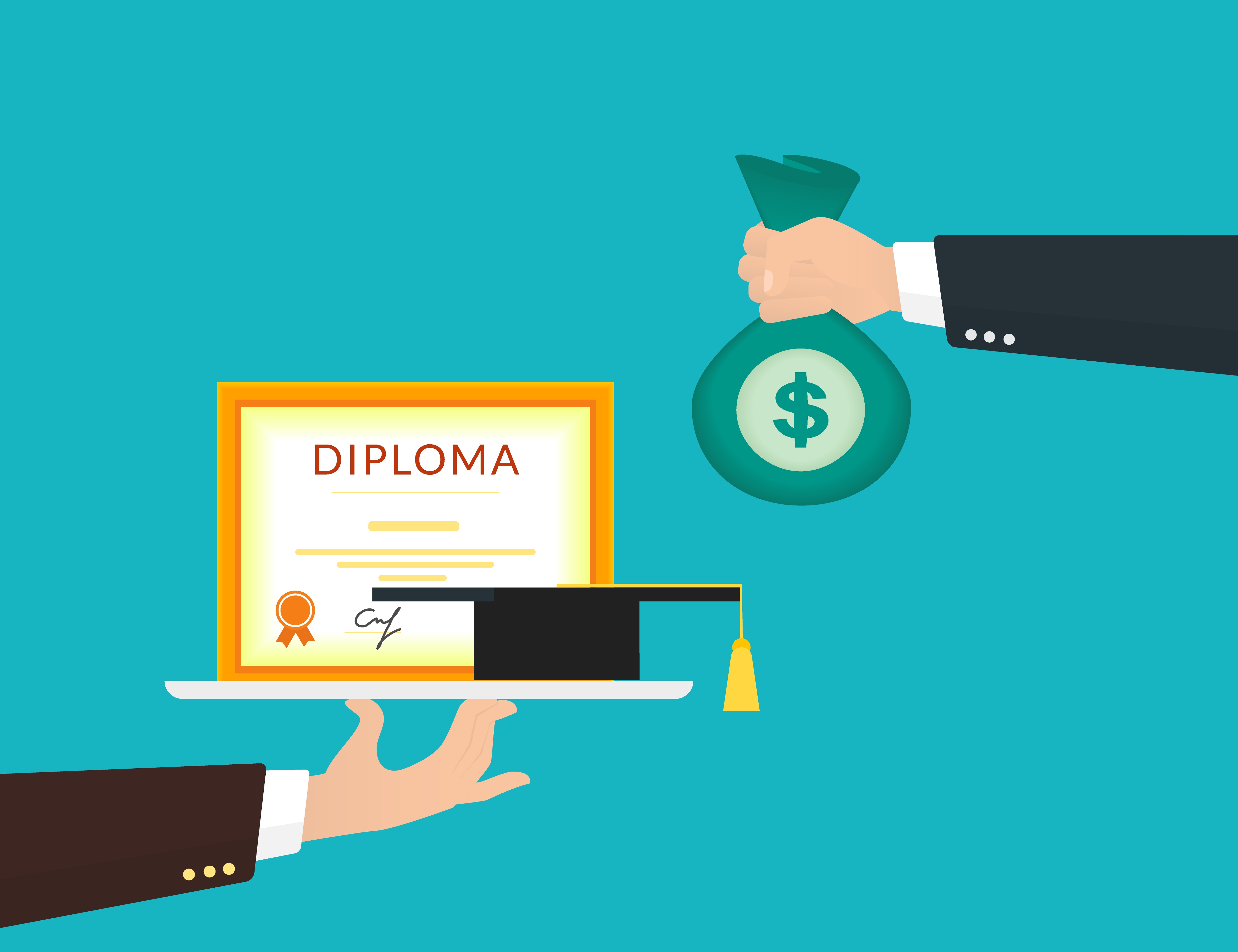 The truth is, people don't like the words "student loans." It make them think of sad, desperate students saddled with thousands of dollars in monthly payments, battling mortgage size debt loads, never getting ahead in life. They have images of sinister bankers and loan sharks conspiring to find another way to put the screws to students, coming up with policies that drive borrowers further and further into debt without any escape.

The media focuses on the 11.8% national cohort default rate and trillion dollar figures, instead of paying attention to the 88.2% rate of students who didn't default, or finding stories of the graduates (much like myself) who find their loan payments to be reasonable and affordable.

The money behind student loans is real

When students borrow for school, they never see the cash. To them, the money behind their loans is an abstract idea. When school is over, it feels like they are paying back someone for something they didn't get. They have no home, no car, no material items to constantly remind them of what was purchased - they have only their experiences and knowledge.

But an education continues to be one of the most powerful tools a person can own. And for most students (despite what you hear in the news), student loan payments are actually manageable. This is not to say there aren't students out there with unmanageable debt levels, but they are the outliers, not the pattern. We don't like to see these students struggling to make ends meet. It isn't a fun way to live.

But as Sandy Baum, a top education researcher, states in a paper on education debt, "Average debt levels are not alarming. The popular press notwithstanding, the typical bachelor’s degree recipient entering the labor market with as much as $30,000 in debt will not have undue difficulty repaying that debt out of the earnings premium from his her education."

A recent survey by Gallup confirms this is true, despite "the sky is falling" headlines.

So, is your student lender "eeeeeevil?"

I have been working for a non-profit student lending organization for ten years, and I have never asked the question, "how can we make more money off of students" and I've never heard a colleague ask it, within my organization or others.  My coworkers are compassionate, kind and caring people. They genuinely want to help people; they want to solve their problems. And not one of them gets a high from making money off of students. That's not our goal here.

At RISLA, our policies weren't developed by feelingless loan sharks. They were created by a smart and thoughtful team, including an executive director that personally writes each of his employees a birthday card every year and developed a free program to help families file for financial aid (which now served over 15,000 folks a year!). We are home to a finance team that worked tirelessly to find an innovative way to develop the nation's first non-federal income-driven repayment program, despite others telling us it couldn't be done. The people behind student loans are real humans who can sympathize with your problems. Many of them (and their children) have student loans. Not the image you had of a "loan shark," is it?

So, why charge interest?

In ideal world, college wouldn't cost so much, an no one would have to borrow to pay for school. In the world we live in, borrowing for school is often a part of life. This doesn't mean everyone should borrow, but when done responsibly and thoughtfully, student loans can have a great payoff.

"But why can't you charge less interest?" we hear borrowers ask.  I can't speak for other lenders, but I can speak to how RISLA sets interest rates. In order to provide students and parents with the money they need to pay for education, RISLA issues bonds. Investors buy the bonds and expect a modest rate of return as a reward for risking their money in the bond market (as opposed to say, stuffing it under their mattresses).

As borrowers pay back their loans to RISLA, RISLA pays back the bonds that made that money available for school (you see, we are borrowers too!). In addition to that, we need to support the cost of running an organization such as overhead, personnel, and outreach programs - all things that make providing a loan possible. RISLA is non-profit, so we always aim to provide students with the lowest interest rates possible and we have been successful at offering some of the lowest interest rates on fixed rate education loans in the country (indeed, they are lower than Federal PLUS Loan rates).

So, is borrowing worth it? For me, it was an overwhelming yes. Like you, I don't love forking over a few hundred dollars a month to pay for my education (and I graduated over 10 years ago!) but the education I got made so many things possible for me. Without a student loan, I wouldn't have been able to attend the school of my choice. I wouldn't have formed a network of friends and supporters that would help me reach further. And I wouldn't be the person I am today. You may say it's a reach, but it is true.

This isn't a perspective you often hear on student loans but it is one that I truly believe. To change the way we are all thinking about student loans, we need to start focusing on the positive stories of how loans made it possible for so many students to go to college and get the education they need to succeed in the workplace and life.